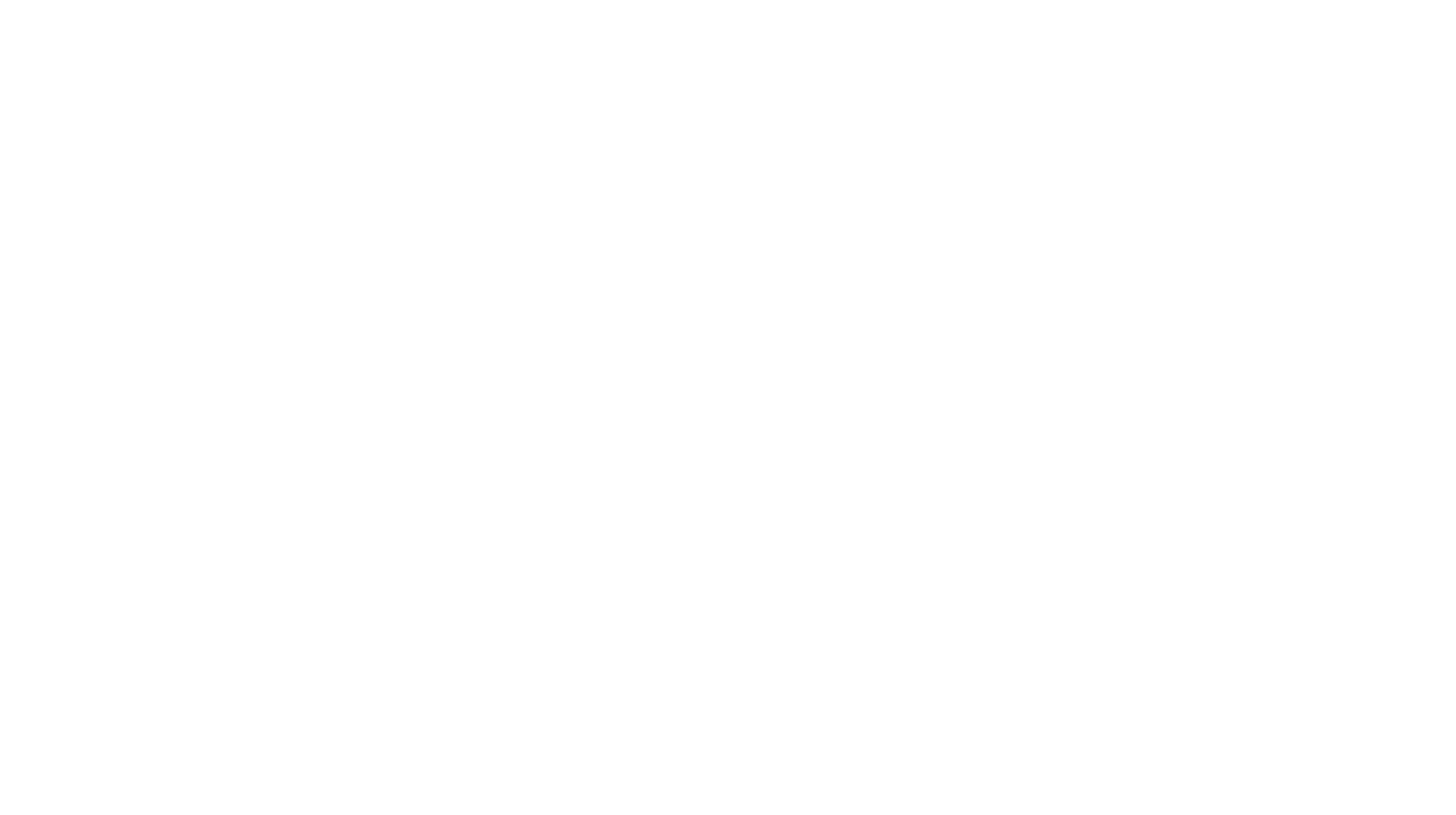 Inside the Actors Studio returns. Nancy Drew has a new drama. Jesse Pinkman is back. There are lots of great (old) new things coming to our TVs this week on Netflix, network TV, Hulu, and more. Here are the new premieres people are buzzing about.

South L.A. star football player Spencer (Daniel Ezra) is recruited to play for Beverly Hills High. As the struggles mount and the vastly different worlds of Crenshaw and Beverly Hills collide, Spencer has to decide where his loyalties lie in season 2. Inspired by the life of NFL player Spencer Paysinger.

For the first time ever there will be battle rap tournament at the BET Hip Hop Awards. SMACK will host as DNA, Geechi Gotti, T-Top and Shotgun Suge will battle it out. Set at the Cobb Energy Performing Centre in Atlanta, the star-studded award show itself will be hosted by Lil Duval.

This season will have a lot of surprises, including the introduction of Sendhil Ramamurthy as Dr. Ramsey Rosso, and a mash-up episode involving characters from Supergirl, Arrow, Batwoman, DC’s Legends of Tomorrow, and Black Lightning.

For the first time ever, teen sleuth Nancy Drew has her own television series. It’s the summer after Drew’s (Kennedy McMann) high school graduation, and college plans get put on hold when a number of too-close-to-home mysteries arise. From Josh Schwartz and Stephanie Savage (The O.C., Gossip Girl, Marvel’s Runaways), and Noga Landau.

Up-and-coming artists will shoot their shot in an audition for Cardi B, Chance the Rapper, and T.I. If they make it in, the next step in this hip-hop competition is a set of competitions, cyphers, and battles to the top. And one winner’s life will be forever changed.

Senior year at Riverdale high gets intense for Archie and his friends.

Here’s Misha Collins’ letter to his fans following the news that this will be the last season of Supernatural. ~Sigh.~

And here’s the dramatic trailer.

The reboot of the 1980s melodramatic classic has made it to season 3 and the Carrington/Colbys rivalry promises to be as intense as ever as the two wealthy families feud over fortune and their children’s future.

Jesse Pinkman (Aaron Paul) is back in a movie written and directed by Breaking Bad creator, Vince Gilligan. Producers are keeping theAnd details a secret so we’ll have to tune in.

A kindergarten teacher (Lupita Nyong’o), a famous kid’s television show host (Josh Gad), and a hot-for-teacher chaperone (Alexander England) team up to save Lupita’s students from a zombie invasion.

Inside the Actors Studio

Since 1994, James Lipton has led us in an exploration of the actor’s craft. After his retirement, the interview series is coming back on the air with a number of different hosts. We’ll see Mr. Lipton’s role reprised by Kelsey Grammer, Jane Lynch, Alec Baldwin, Ellen Burstyn, Greta Gerwig, LaTanya Richardson Jackson, and Pedro Pascal.

That’s it! Check in next week so you always know the latest shows, and don’t forget to check out the new TiVo EDGE. 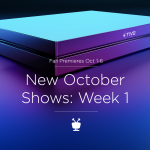 October Premieres: Week 1What To Watch 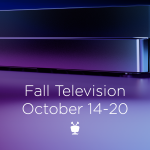 Fall Television | October 14-20What To Watch