So many shows return this week for a new season, along with some great oldies (Fresh Prince and Animaniacs, to name a couple…).

Here are all the trailers for all the hottest new and returning shows on HBO Max, Disney+, Netflix, Peacock, network TV, and more now through November 22nd. Check it out, or get right into the spirit of the season with our guide to all the 2020 Holiday tv shows!

And by the way, if you buy the top-rated Android TV-powered TiVo Stream 4K now, you can get a 30-day free trial of HBO Max ($14.99 value) plus $30 off any new subscription to Sling. Offer ends 12/3. Terms and conditions apply to each offer.

ABC’s only new fall series is from David E. Kelley (The Practice, Big Little Lies). A private detective (Kylie Bunbury) and an ex-cop (Katheryn Winnick) become the subject of the serial killer they are investigating.

Rey is lost in an alternate timeline… will she make it home for Life Day?

We Are the Champions

Dog dancing. Cheese rolling. Fantasy hair styling. Executive produced and narrated by Rainn Wilson, the docuseries profiles an array of unique competitions from around the globe.

A French man searches for his missing sister in Syria during the current civil war, with the help of a unit of all-female Kurdish soldiers.

The Wonderful World of Mickey Mouse

For the Love of Jason

The Fresh Prince of Bel-Air Reunion

Doctor Who’s Billie Piper stars as a celebrity who has her phone hacked, resulting in the public exposure of graphic photos of an extramarital affair. The darkly comedic, eight-episode British series comes from Lucy Prebble, who has written for Succession. The UK press greeted the series with an enthusiastic response when it debuted on Sky in August.

Leap of Faith: William Friedkin on The Exorcist

Special is followed by the series finale episode at 9p.

The life of a present-day journalism student gets entwined with that of 1990s transgender icon Cristina Ortiz (aka “La Veneno”). ASpanish-language HBO Max original.

Spielberg’s 1990s animated series is back with 13 new episodes, and another season in 2021. Yakko, Wakko, Dot, Pinky, and the Brain are all voiced by the original actors.

WHAT.😱We’re going to be on @hgtv!! Katie & I combined our maker skills to compete in a 2hr special “Holiday Crafters Gone Wild” airing Fri Nov 20 at 9pm PT/ET. As you know, #makersgonnamake & we CANNOT WAIT to show u what we brought to the holiday scene.❤️🤖💥🌲@TurnCardContent pic.twitter.com/JqG6zycfO1

A Taste of Christmas

Natalie’s family restaurant closes down, and she decides to make the opening happen any way she can so the guests won’t be alone on Christmas…. even if Chef Stefano says it’s impossible. Will opposites attract?

Originally planned for a May theatrical release, the thriller centers around the hyper-controlling mother of a wheelchair-bound daughter whom she raises in isolation.

Between the World and Me

Coates explores society’s racist underpinnings through the lens of his own life, and the show will share portions of the Apollo production along with documentary and archival footage, and animation.

A jewelry designer and an investigative reporter try to locate the owner of a special charm bracelet before Christmas Eve.

A workaholic TV producer is visited by a recently deceased friend who warns her that she’s headed towards a dark future.

A family comes home for the holidays to recreate their Christmas house and help ease difficult and challenging times.

A successful businesswoman has missed every family gathering for the last year. But this Christmas, against all odds, she finds her way home with an unlikely stranger.

Dolly Parton’s Christmas on the Square

Netflix puts it best: “Seasonal cheer comes to a screeching halt when a cold-hearted woman tries to sell her hometown’s land. Can music, magic and memories change her mind?”

Those are all the holiday trailers for November! Click here to see what else is on TV this month. 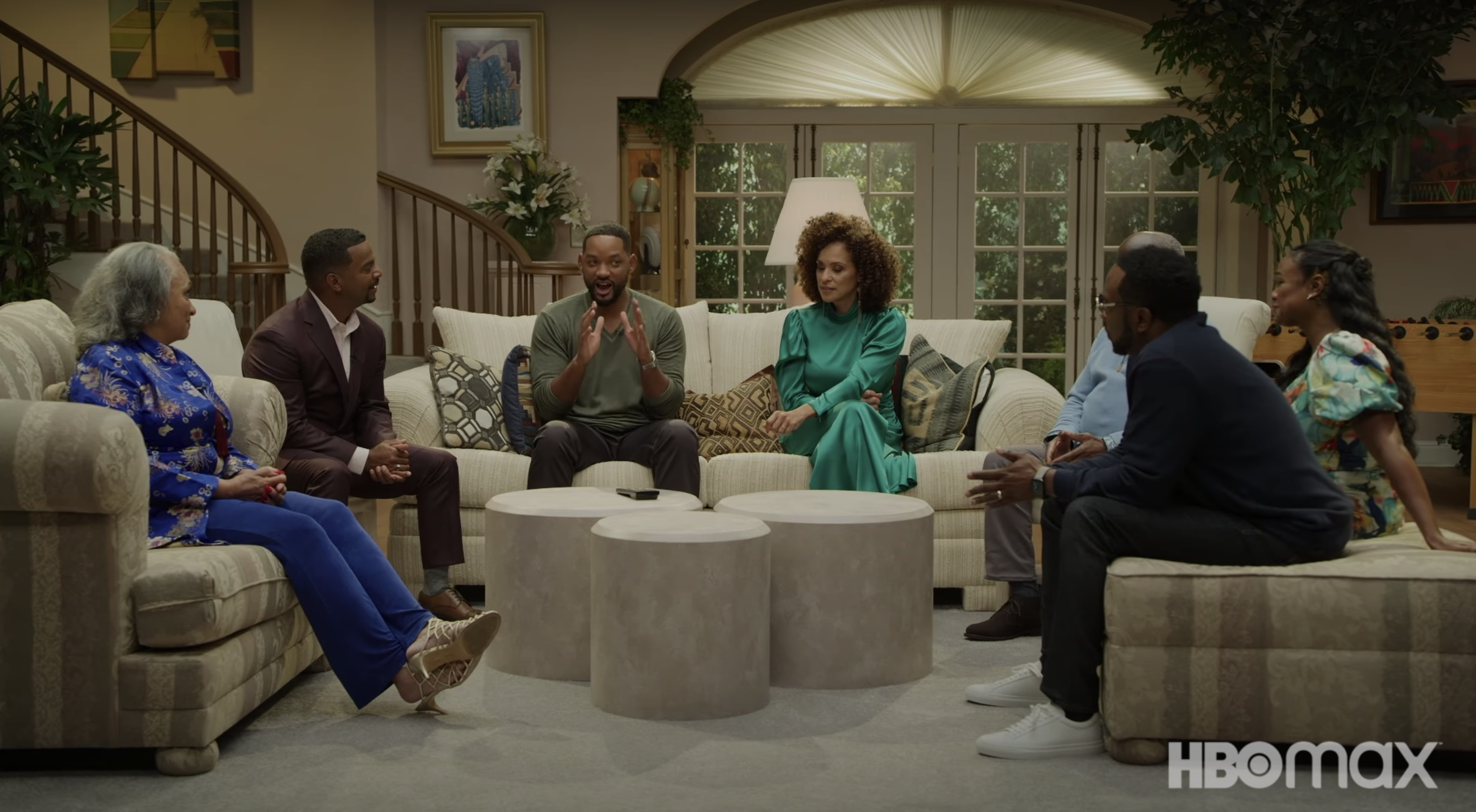