Hugh Laurie, Thomas Middleditch, and Maisie Williams have new shows. Save Me is back on Peacock for season 2. And a new class of legends get induced into the Rock and Roll Hall of Fame. Here’s what’s happening in the world of new TV!

The below listings read in reverse-chronological order.

Oliva Colman is back as Queen Elizabeth II, and she and her family are working to safeguard the line of succession by securing an appropriate bride for unmarried Prince Charles (Josh O’Connor). Tensions arise between the queen and Britain’s first female Prime Minister Margaret Thatcher (Gillian Anderson), and the Royal family grows increasingly divided. Helena Bonham Carter and Tobias Menzies return from season 3, and Emma Corrin newly stars as Princess Diana.

Billed “a musical adventure and a visual spectacle for the ages,”  the movie follows magical toymaker Jeronicus Jangle (Forest Whitaker) and his inventive granddaughter (Madalen Mills) as they recover from the theft of Jangle’s most prized creation. Phylicia Rashad and Ricky Martin also star. Featuring original songs by John Legend, Philip Lawrence, Davy Nathan, and a musical performance by Usher and Kiana Ledé.

Filmed over five years in Kansas City, this documentary follows four kids – starting at ages 4, 7, 12, and 15 – as they grow up transgender in America’s heartland.

Eater’s Guide to the World

Maya Rudolph takes us around the world on a quest to find the most delicious destinations on earth.

Before social distancing was a thing, the #CMAawards was packed with some MAJOR P.D.A.A. (Public Displays of Awards Affection)! Feel the LOVE 🤗 on Wednesday at 8|7c on @ABCNetwork with our socially-distanced LIVE audience! pic.twitter.com/vhaNPlRnWa

Based on the novel Dash & Lily’s Book of Dares, opposites attract in this eight-episode YA series as a cynical Dash (Austin Abrams) and happy-go-lucky Lily (Midori Francis) trade messages and dares in a red notebook they pass back and forth around New York City during Christmastime.

Hannah Fidell’s 10-episode adaptation of her 2013 movie about a Texas high school teacher who has an illegal affair with her student. Three half-hour episodes arrive today, with the rest coming once a week on Tuesdays. Starring Kata Mara and Nick Robinson.

The Cost of Winning

A two-part documentary that digs into the story of a Maryland high school football team that was booted from their league for being too good.

Ambitious college grads put it all on the line to secure their futures in the world of international finance. Lena Dunham directs the season premier.

Skip (Fred Armisen), Rook (Tim Heidecker) and Cap (John C. Reilly) decide to turn their lives around and convince NASA that they are ready for a heroic lunar mission.

Rescheduled from May,  a taped special honoring this year’s round of inductees including The Doobie Brothers, T Rex, Whitney Houston, Depeche Mode, Nine Inch Nails, and The Notorious B.I.G.

A slacker needs a new kidney, so he reconnects with an adventurous ex to get it. This is the latest sitcom from producer Chuck Lorre. Starring Thomas Middleditch, Annaleigh Ashford, Kether Donohue, Izzy G, and Sara Rue. Linda Lavin, Briga Heelan, and Bernie Kopell will have recurring roles.

Maisie Williams is a doomsday prepper who enlists her two brothers on a mission to avenge her father’s murder. Costarring Sian Clifford (Fleabag).

British drama series that aired its first season in the U.S. on Starz, “Save Me Too” picks up 17 months later, and Nelly’s has put his life on hold to find his missing daughter, Jody. Well, that and to look after Grace, a young woman he found in a caravan park.

Those are all the hot trailers for this week! Check back soon to see what’s new November 8-14th.

And remember, buy a TiVo Stream 4K through November 5th to cash in on some big savings. 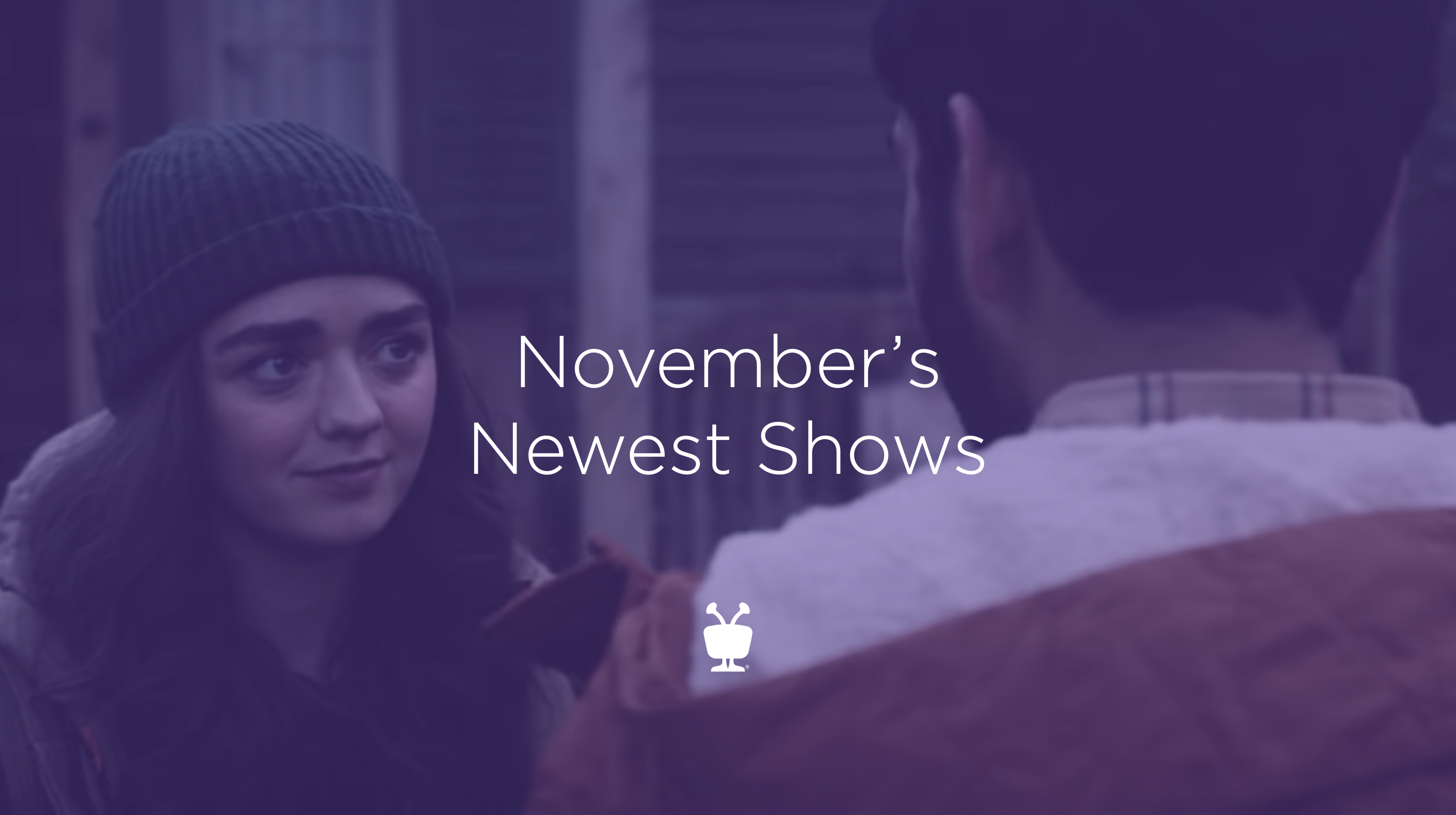