Today TiVo revealed results from its Second Annual TiVo Multitasking and Social TV Survey. The results indicate a dramatic increase in multitasking during TV viewing: over half of the 856 survey respondents reported multitasking every time or almost every time they watch TV (51 percent); compared to just over one third (36 percent) in last year’s survey.

Despite the pronounced increase in TV multitasking, viewers continue to report that their alternate activities are only rarely related to the program being watched. Only 5 percent of respondents report TV-related multitasking every time or almost every time they watch TV, while 50 percent report never or almost never engaging in TV-related multitasking. Top TV-time activities include browsing the Internet (74 percent), reading or sending email (73 percent) and text messaging (71 percent).

“Even given the proliferation of multitasking, viewers remain primarily focused on the television shows they are watching,” said TiVo Chief Research Officer Jonathan Steuer. “To paraphrase the Bard, the program’s the thing!”

Online engagement with favorite programs has indeed become commonplace: 61 percent of respondents report searching the Internet for information about the programs they watch and 47 percent have “liked” a show’s official Facebook page.  However, these activities do not usually occur while watching the program. 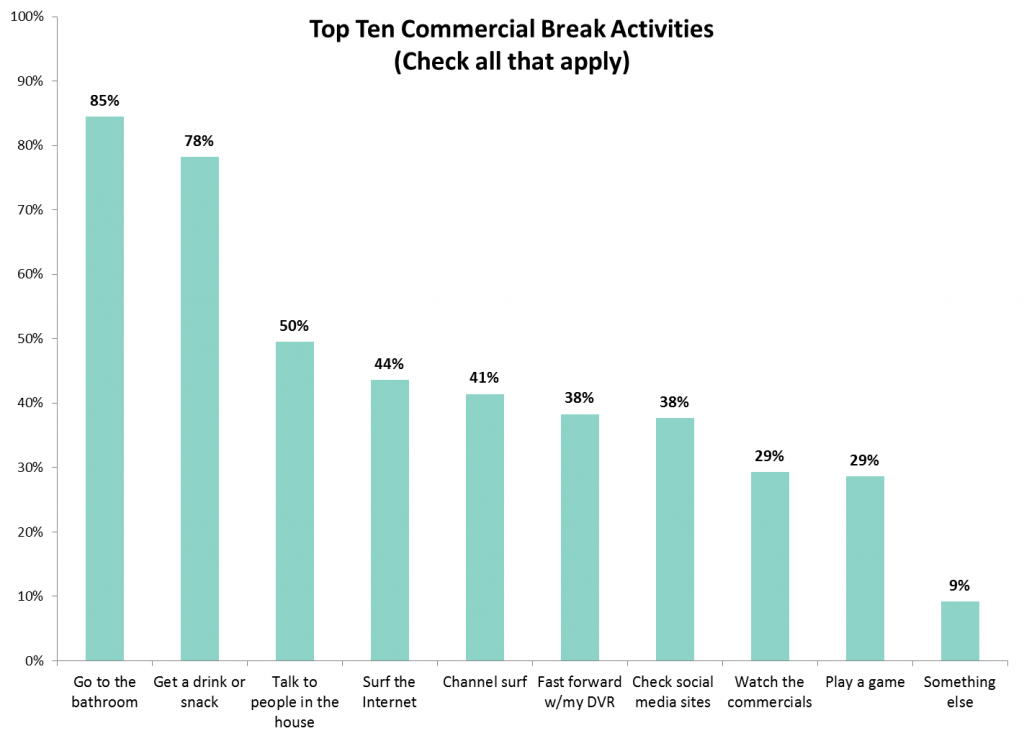 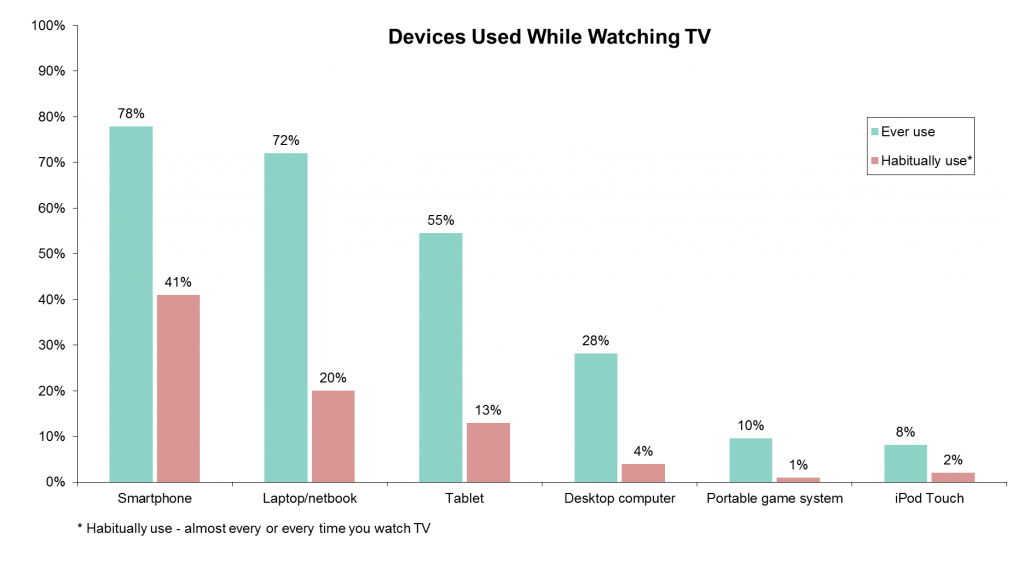 To collect data for the 2014 Multitasking and Social TV Survey, TiVo conducted an online survey of 856 people between August 21-26, 2014. All survey participants were over the age of 18 and watched at least seven hours of TV per week on any device. The composition of the survey was consistent with the U.S. in terms of household income and age range. Additional details about this survey and other TiVo research are available from TiVo Research (http://tivoresearch.com and insights@tivoresearch.com).

About TiVo Research and Analytics, Inc.