The temperatures were low (the coldest game day in history, actually), but the heat was on at the U.S. Bank Stadium in Minneapolis for the NFL Championship matchup between the New England Patriots and the Philadelphia Eagles. From the pre-game pomp to the “brief equipment failure,” to Justin Timberlake’s paint-the-town-purple halftime show, to the Eagles’ 41-33 victory, it was a thrilling game.

And, what a way for Philly to finally (finally!) take home the Vince Lombardi Trophy! Here are the top three most engaging moments from the game:

We’ve compiled the top commercials and game moments in TiVo’s Post-Game Report. Click the image below to download it now. 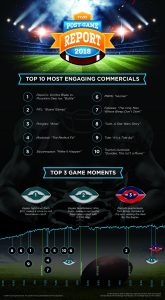 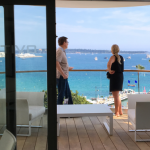