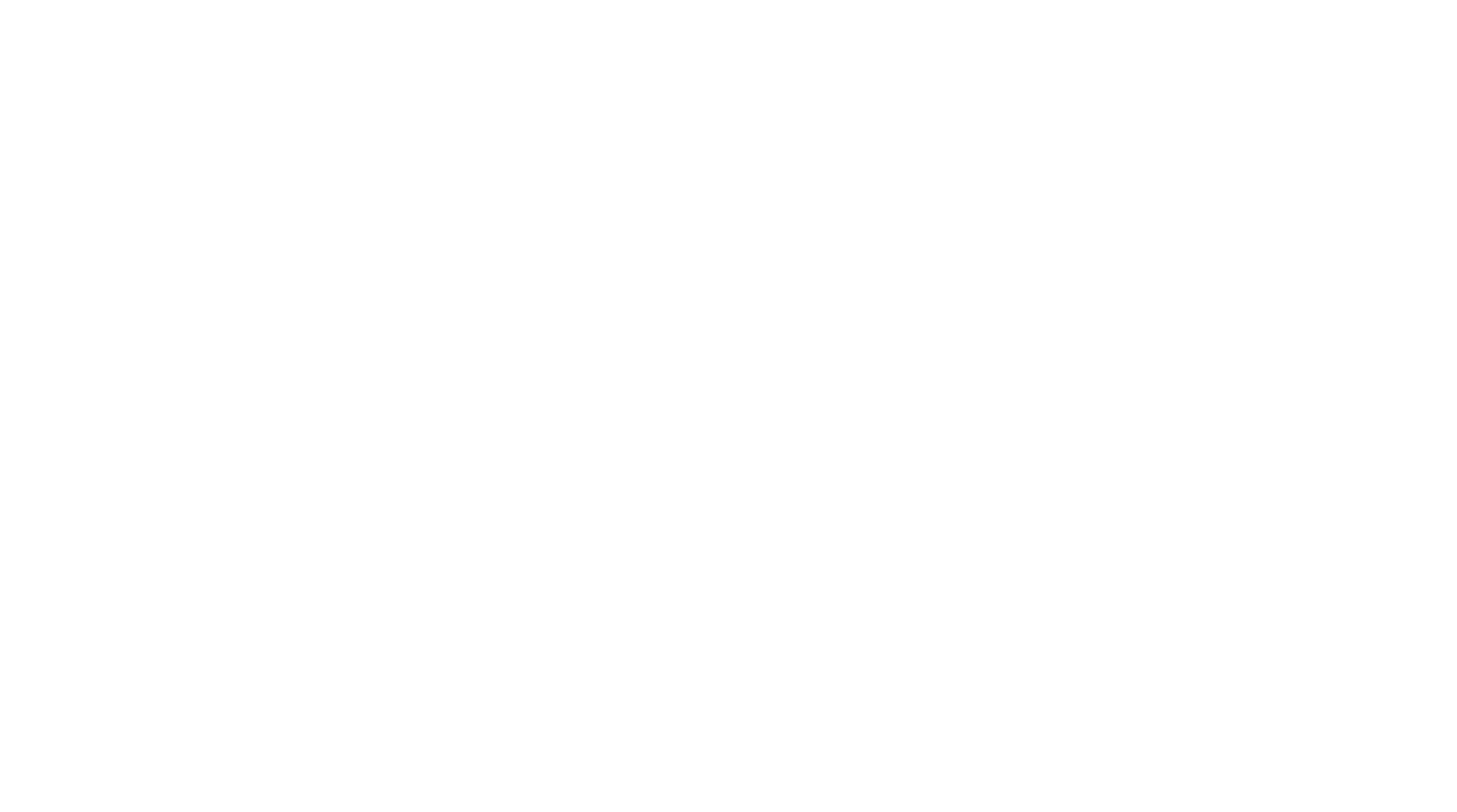 Shark Week is back for its 31st year. At 8pm for 8 days starting Sunday July 28, Shark Week 2019 (or “SW19” to those in the know) will bring us 20 hours of shark shows. We’ll see two dozen marine biologists, a drone-towed seal decoy, cutting-edge surveillance tools, and Rob Riggle hitting the waves on another “Shark Trip” with his celebrity pals.

And if it’s anything like last year, nearly 35 million people will tune in. Here’s everything you need to know about shark programming:

The  60-ton megalodon went extinct around 3 million years ago, and is considered to be the largest type of shark that ever lived. Its scientific name, carcharocles megalodon, means “giant tooth.” Josh Gates travels to Mexico and South Africa in search of those very (and very fossilized) teeth. He dives into shark-filled waters with fellow paleontologists and shark experts to sink their teeth into one of the ocean’s largest unanswered questions: happened to the great Meg?

To *tide* us over until then, here’s Josh hitting the sea to talk shipwrecks.

What do you get when you mix a bunch of celebrities and sharks? I don’t know, but we’re about to find out. Host Rob Riggle takes a dive with Adam DeVine (“Pitch Perfect”), Anthony Anderson (“black-ish”), Joel McHale (“Community”) and Damon Wayans Jr. (“New Girl”). Produced by Will Packer of “Girls Trip.”

Each night at 11 throughout shark week, host Rob Riggle covers the evening’s highlights and previews the next day’s events. Celebrity guests and shark nerds alike join to offer commentary.

Sharks of the Badlands

This year, a record 150 white sharks were recorded in the waters off Cape Cod. Why is this happening and how can we ensure the water stays safe?  We’ll get a look at the latest, cutting-edge new shark detecting technology with Marine Fisheries Biologist Greg Skomal, Emmy Award winning Cinematographer Andy Casagrande, and Shark Researcher Kina Scollay in the waters of New Zealand.

Here is Greg Skomal talking about his interest in sharks in a TEDx talk.

Deep-sea mega shark Deep Blue is thought to be the largest great white shark on the planet. Shark experts Brandon McMillan and Jimi Partington dive into the deep waters surrounding Guadalupe Island in search of the legendary 21 foot, 21 ½  half ton creature.

Here’s Jim and Brandon in a previous expedition.

The Sharks of Headstone Hell

Tiny Norfolk Island is home to pine trees, jagged cliffs, reef-protected waters and ruins of what was once one of the world’s harshest penal colonies. Today, local islanders throw full sized animal carcasses into the sea for the sharks to feast on.   Shark scientist Riley Elliott is on a mission to discover what effect this event has had on the behavior of these massive sharks, and if it means more shark attacks on humans is in our future.

While you are waiting for Shark Week, get to know Riley Elliot in this video:

Palau is an archipelago of over 500 islands in Micronesia, and is infamous for its many plane wrecks, and bustling shark life. Wildlife conservationist James Glancy and shark attack survivor Paul de Gelder will jump out of an aircraft at 3500 ft to experience first-hand what it’s like to crash land in this remote, shark-infested water.

Shark expert Chris Fallows and his team of researchers capture an extraordinary predatory event for the first time. Great whites corner a seal colony at the base of a 200-foot cliff… but this time the seals have learned to team up and mount counter attacks against the predators.

Here’s Chris Fallows and his undersea colleague Jeff Kurr in some of their best moments.

Extinct or Alive: The Lost Shark

New photos of unidentified sharks around Sri Lanka and the Maldives lead many to believe the Pondicherry shark, presumed extinct since the 1970s, may still be alive.

Adventurous husband-and-wife team Forrest Galante and Jessica Evans gear up with cutting-edge tech and dive into deep ocean waters, shallow coral reefs, underwater caves, and jungle rivers in search of this elusive creature. And to make its whereabouts even harder – this fish can osmoregulate, meaning it can swim in fresh or saltwater.

If you have any doubts that this is the couple for the job, Check out the pics from their wedding:

Capsized: Blood in the Water

Starring Josh Duhamel, this is the true story about an October 1982 shark encounter that left a crew of a drifting, capsized yacht face-to-face with a group of tiger sharks off the shore of Florida. “With the hope of rescue dwindling, the crew must do everything in their power to survive as the sharks continue to hunt them” says Discovery.

Based on a terrifyingly true story, the movie is Capsized: Blood in the Water and it airs during shark week… need I say more? Check it out on July 31. #discoverychannel https://t.co/4JOjmKE8mv

Bull sharks, rarely seen before 2011 on the populous west coast of this once-island-paradise, now seem to have made the beach their home and feeding ground.  Shark scientist Dr. Craig O’Connell investigates the shark crisis that is newly threatening islanders and their livelihoods.

Here’s a fun one from Dr. Craig O’Connell, aka @TheSharkDoctor on Twitter.

Guadalupe Island, off the coast of Baja, California has an abundant seal population. AKA, it’s a great white shark magnet. Yet in Guadalupe, an attack has never been witnessed, and the waters surrounding the area are crystal clear. So how do they do it? Melissa Marquez,  Dr. Yannis Papastamatiou, and a team of experts set out with cutting-edge technology to discover and record never before seen white shark hunting behaviors.

Granders are the largest Makos in the world, and no one is more excited about them than shark enthusiasts Joe Romeiro and Keith Poe. Joe and Keith take us through the most jaw-clenching parts of “Monster Mako” and “Return of the Monster Mako” from previous Shark Weeks, and then share rare, brand new Mako footage captured off the coast of California.

Discovery promises “some of the most chilling close-up visuals yet” from a mini-ROV camera dubbed “The Guppy” as a team sets out to the waters of Australia to track the odd behavior of two sharks we have gotten to know from previous shark weeks. Off the Isle of Jaws, two great white sharks, believed to be brothers, seem to recognize, and prefer to live and hunt with, a blood relative.

Master illusionist Andrew Mayne will put his life in his hands as he attempts a magic trick on sharks. He will attempt to make himself invisible to the giant predator by overcoming the power of the great white’s predation senses. His ultimate test? Blending in to a great white frenzy in Australia. We’ll be watching from the comfort of our couch, thank you.

Craziest thing I’ve ever done? Designed my own underwater stealth armor and tested it with the fiercest sharks in the world for Shark Week.

How did it turn out? You can watch on Friday, Aug. 2, 9 p.m. ET/PT#ghostdiver #SharkWeek #SharkWeek2019 pic.twitter.com/eq30xSbJVZ

I Was Prey: Shark Week

Meet people who were going about their business when suddenly they found themselves face-to-jaws with great white sharks. How did it feel? What did they do? How did they survive? We’ll have to tune in to find out.

Not sure how they landed on this name, I thought sharks were already…  Anyway, Sharks Gone Wild 2 will take us through all the latest in sharks this year;  news stories, and cutting-edge shark science, and viral videos.

Discovery promises to tackle Shark Week, as “the Immersion crew answers a wide range of shark-fueled questions by taking some of the most iconic shark moments from pop culture history and bringing them to real life.” We are not sure what exactly to expect, but we are here for it. Bring it, Shark Week.

The shark’s out of the bag! 🦈 Here is the complete #SharkWeek 2019 schedule.

Don’t forget to update and get AutoSkip™ working on your TiVo®  so you can skip eligible commercials automatically! 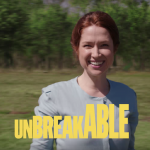 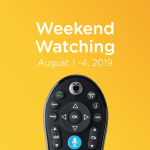 Weekend Watching | What to watch August 1-4, 2019Consumer, Entertainment, Movies, Television, What to Watch