The More Things Change…the More They Stay The Same

Every now and then we need a reality check. Sure, over-the-top subscription services such as Netflix, Hulu, and Amazon produce popular and critically acclaimed programming. But is their original programming as important to TV viewers as what is on traditional TV networks?

In March 2016, we asked our TiVo® panel, “If you could only choose a limited number of programming sources from which you could watch TV, which of the following do you consider ‘must-keep’? Check all that apply.” We gave them the option to choose from the 65 top-rated TV networks, in addition to Netflix, Amazon, and Hulu.

Turns out, the rumors of traditional TV’s death have been greatly exaggerated. The results came back just as we expected: the big four networks nabbed the top four spots with our panel. More than 75% of respondents claimed they couldn’t live without ABC (77%), CBS (76%), and NBC (75%), and 57% also needed FOX.

In fifth place, Netflix’s original programming beat out cable and premium networks, although less than half (49%) said they couldn’t live without it. Amazon Prime made the must-keep list for 28% of the panel, putting it in 16th place, and Hulu originals trailed in 46th place, with just under 8% claiming Hulu was a vital part of their TV lineup.

Here are the 20 highest-ranking, must -keep programming sources listed by our survey respondents:

Respondents were part of the TiVo Advisors Panel, an opt-in panel of approximately 30,000 TiVo subscribers whose second-by-second viewing behavior is anonymously tracked on an ongoing basis. This viewing data is merged with our monthly attitudinal surveys, allowing us unprecedented insight into behavioral habits and television viewing. 11,426 panel members participated in this survey.

© 2016 TiVo Inc. All rights reserved. TiVo, the TiVo logo, and the TiVo silhouette logo are registered trademarks of TiVo Inc. or its subsidiaries worldwide. All other company, product and brand names and trademarks are the property of their respective owners. 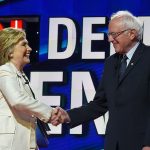 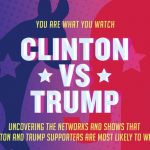