The Real Housewives of Beverly Hills

The midterm elections have come and gone. Like with any other contest, there were winners and there were losers. If you’re like me, and you voted, it doesn’t matter whom you voted for because you’re still a winner. With only 36.3 percent of eligible voters actually voting (according to early estimates by the United States Elections Project), you get to enjoy one of the best feelings in the world…superiority. Don’t worry, it’s not the bad kind that makes you want to take over the world. It’s the good kind—the kind you feel because you did something responsible, like recycling or using mass transportation.

Superiority really is a wonderful feeling, but when it stems from participating in the democratic process, unfortunately it only lasts as long as the post-election coverage. So in a week or two, when you’re jonesing for another reason to feel superior, I’ve got just the thing for you…The Real Housewives of Beverly Hills.

There are lots of reasons to watch The Real Housewives of Beverly Hills. Maybe you saw Escape to Witch Mountain as a kid and get a kick out of seeing a grown-up Kim Richards, or you once watched a Blow Out marathon and your TV has been stuck on Bravo ever since. Personally, I like to tell people I watch The Real Housewives franchise as a study in sociology. In reality, I kind of like to watch people argue. Whatever your reason is for watching, know that sooner or later (probably sooner) someone will say or do something worthy of a Liz Lemon eye roll that once again justifies your feelings of superiority. The Real Housewives of Beverly Hills returns November 18th at 9/8c on Bravo. 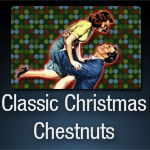 Watch something other than visions of sugarplums this year!Entertainment