We are pleased to announce the newest software release (version 20.2.2) for TiVo Premiere, Premiere XL, Premiere 4, and Premiere XL4 (Premiere Elite).  Boxes will automatically receive the update over the coming weeks.

With this update you will find new versions of the following screens (if you are using “HD Menus”) – Season Pass Manager, To Do List, History, and My Shows for Multi-Room Streaming.

(If you are using “SD Menus” you can switch to HD by going to TiVo Central > Settings > Displays > Choose TiVo Menus.) 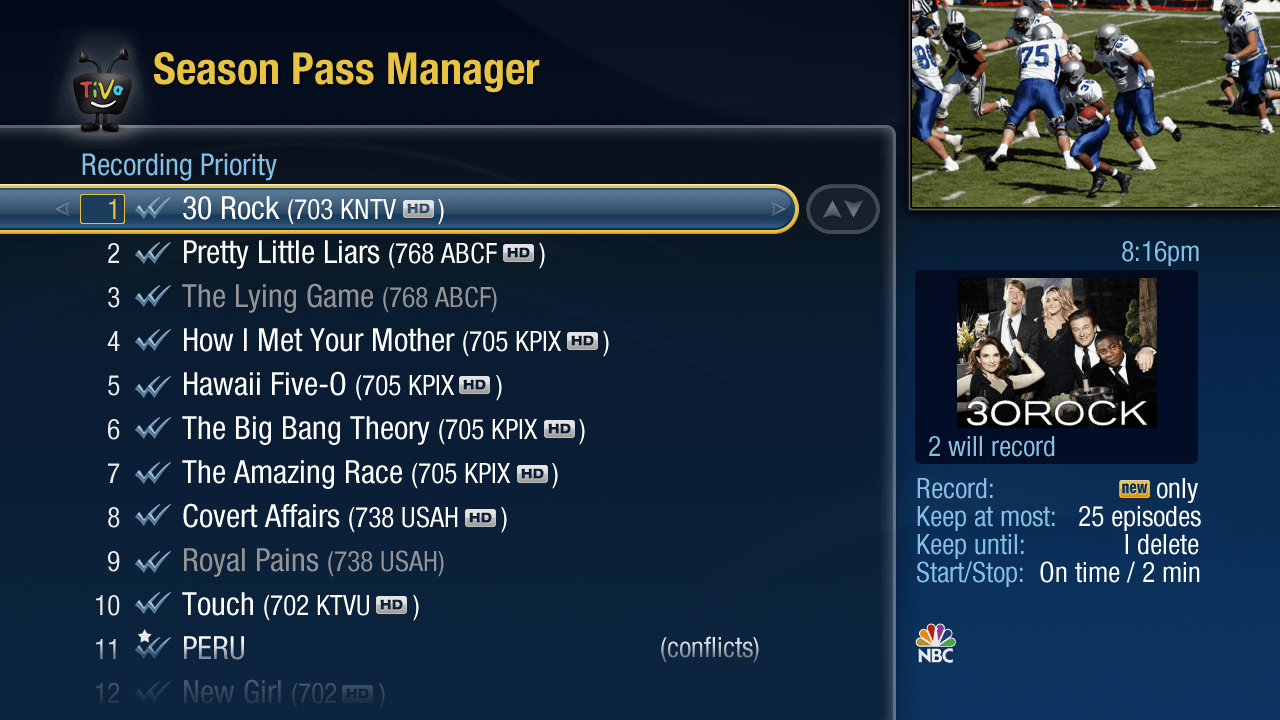 Press SELECT on a Season Pass in the Season Pass Manager to see a new screen that lets you modify your recording options and see the upcoming and conflicting episodes.

User tip: To quickly get to the Season Pass Manager, press the TIVO button to get to the TiVo Central screen, and then press the 1 button. 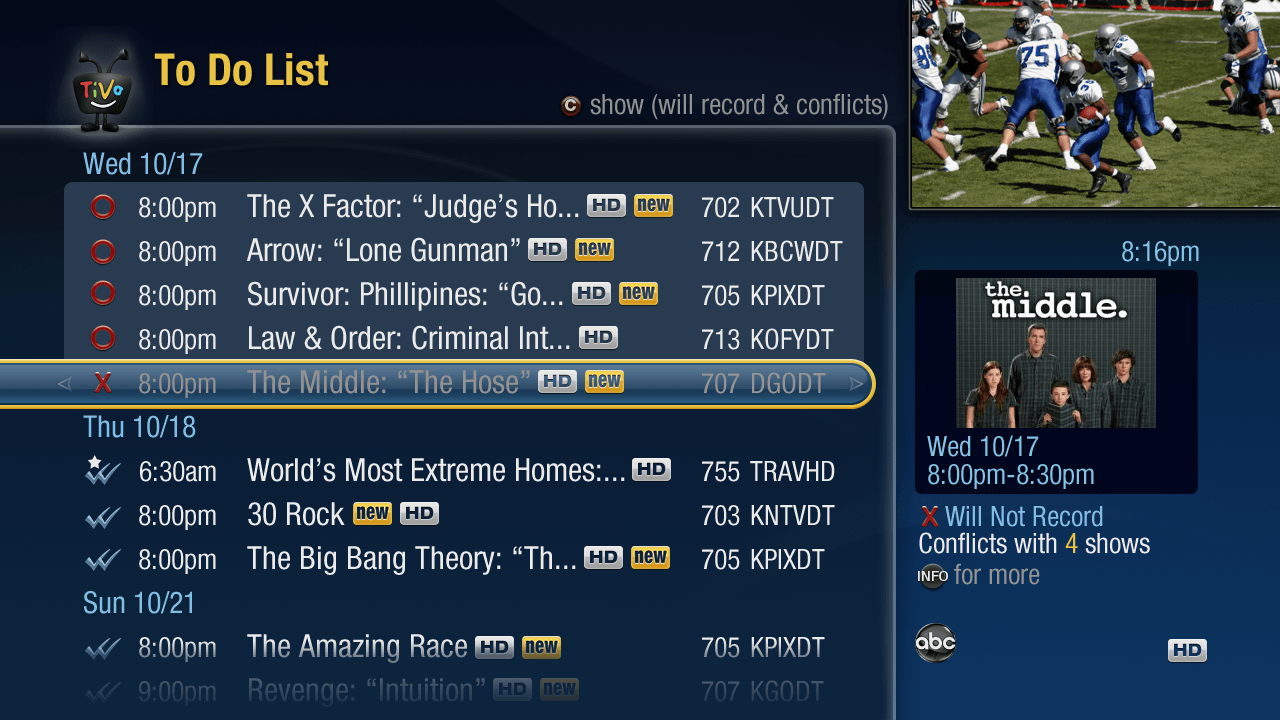 User tip: To quickly get to the To Do List, press the TIVO button to get to the TiVo Central screen, and then press the 2 button. 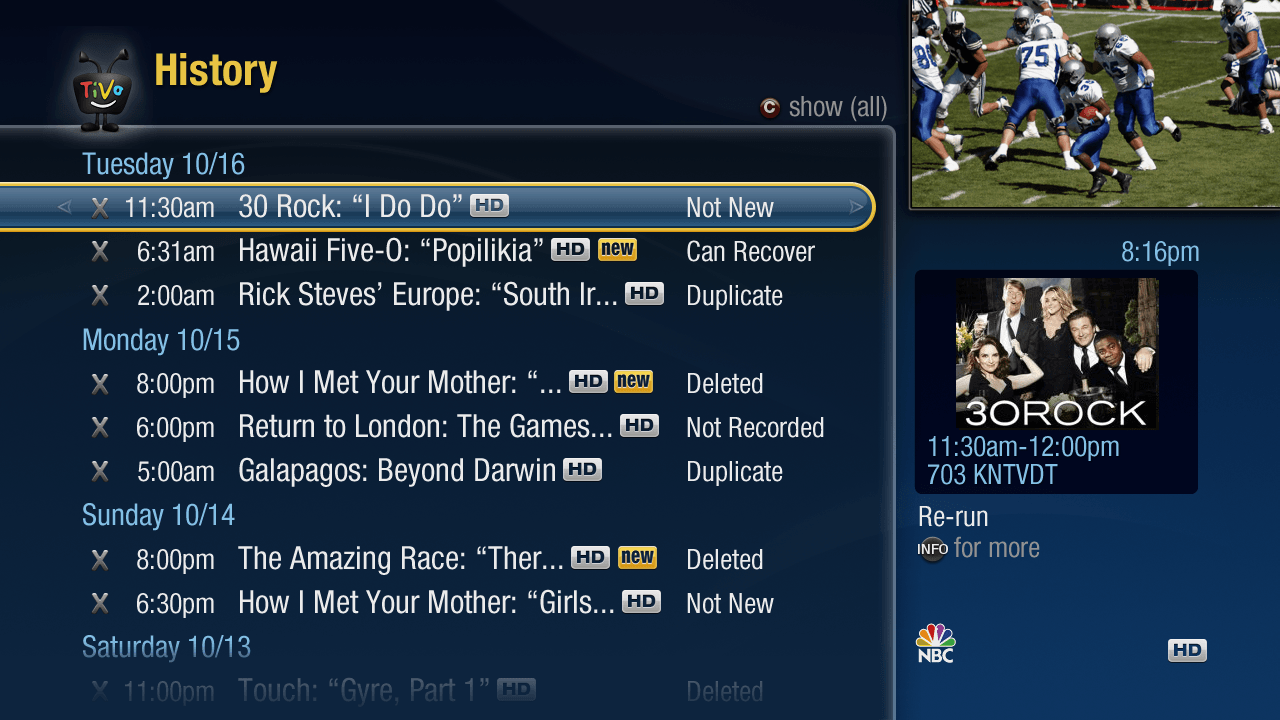 To get to History, go to TiVo Central > Manage Recordings & Downloads > History.

My Shows for Multi-Room Streaming 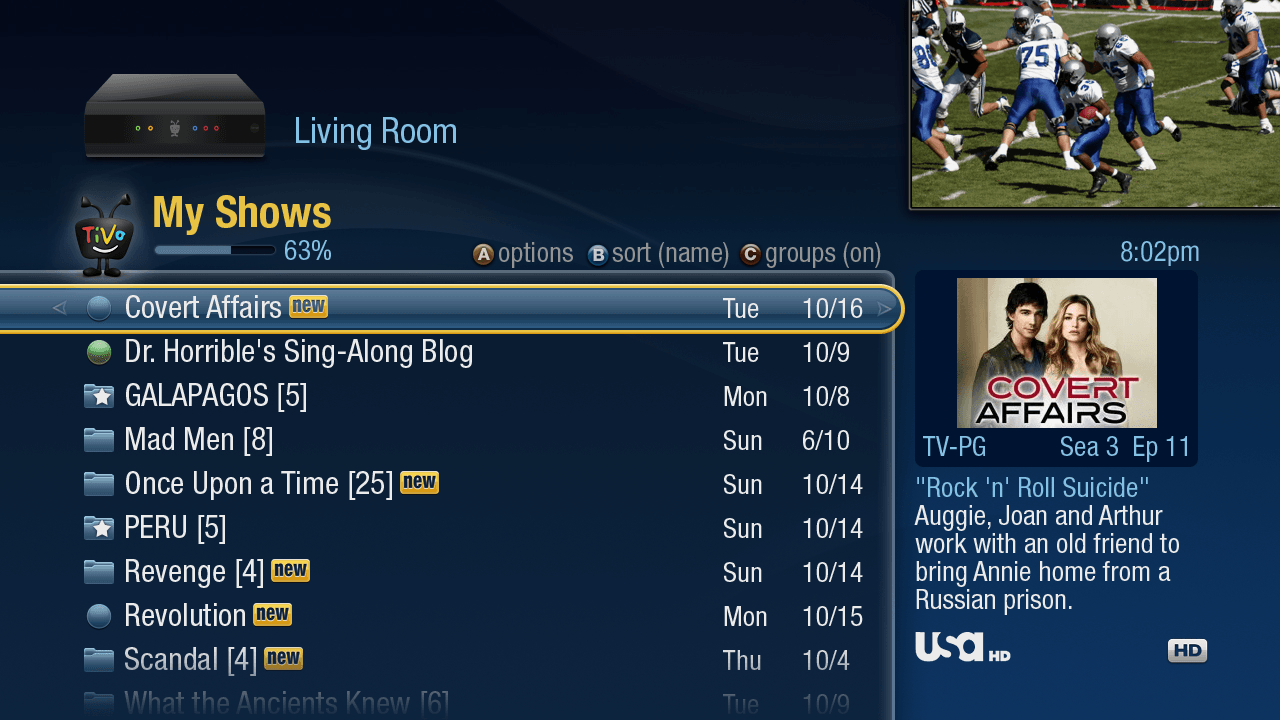 We’ve updated the My Shows list you see when you view another networked TiVo Premiere in your home.  You can press PLAY when you highlight a show in this list, and it will immediately start streaming.

You can also change the recording settings on this networked DVR as well as set up new recordings.  From the screen that shows the episode, you can modify the Season Pass or recording options.  You can also use “Explore this Show” to find other shows to record directly on that networked DVR.

This update removes the “KidZone settings” that were previously available in the SD Menus.  If you used KidZone, we recommend you turn on Parental Controls instead.  Go to TiVo Central > Settings & Messages > Parental Controls to set up a four-digit code, and specify which TV and movie ratings will require that code to watch or record.

We hope you enjoy the latest installment in our series of TiVo Premiere updates.  If you have feedback about your TiVo experience please email me at margret@tivo.com.

We look forward to bringing further updates to your TiVo Premiere in 2013!

Margret Schmidt is Vice President Design & Engineering, and has been responsible for the user experience of TiVo since 2001.  You can follow her @tivodesign

Introducing the TiVo Stream!DVR
Taking the Show Wherever You Go: TiVo StreamDVR